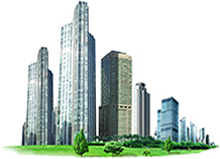 China’s environmental inspections will cover all provincial regions this year, according to the Ministry of Environmental Protection (MEP). Inspectors will monitor local conditions and push local governments to fulfill their responsibilities, the MEP said.

On August 9th, China launched a new round of central environmental inspections covering eight provincial-level areas, as the country finishes nationwide investigations into local environmental protection efforts. A total of eight provinces including: Jilin, ZheJiang and ShanDong provinces will be the most hit hard.

BEIJING, Jul. 23 (CENEWS)-The seventh round of the yearlong strict inspection on air pollution control had been completed by Jul. 20. Between Jul. 7 and Jul. 20, the inspection teams checked a total of 5,322 businesses (organizations), and found environmental incompliances in 1,389 of them. Of the incompliant enterprises, 347 were unlicensed small polluters, two did not attain emission standards, 252 failed to install pollution control facilities, 160 failed to keep such facilities in normal operations, 536 had VOCs control problems, and four had other problems.

The inspection results showed VOCs control was the primary pollution problem, which accounted for 38.6 percent of the total problems revealed by this round of inspection. Tangshan Municipality is the home to 54 VOCs emitters, the largest number in the 28 target cities. From the industrial perspective, the rubber and plastics manufacturing, machinery manufacturing, coating and spraying, plywood, packaging and printing industries contributed the largest share of VOCs emission.

There were 347 unlicensed small polluters which violated the environmental legislations, accounting for 25.0 percent of the total incompliant enterprises. The fugitive emission was serious.

Starting Jul. 21, the inspection team launched the eighth round strict inspection over the air pollution in the Beijing-Tianjin-Hebei region and surrounding areas.

The Ministry required that the inspection teams touring Hebei and Henan provinces strengthen the inspection and urge the local governments and relevant departments at all levels to take the responsibilities for air pollution control and make sure the tasks specified in the local plans for fighting air pollution to be completed before deadlines.

(This English version is for your reference only.In case any discrepancy exists between the Chinese and English context, the Chinese version shall prevail.)

Prev：Timetable for the 2017 holiday arrangement